[This time, the combination of people will probably make no sense to my English-speaking visitors (if I have any), so I'll do this post in Norwegian. Sorry. You can read the bottom part of the post, though. I have no good ideas of my own.] 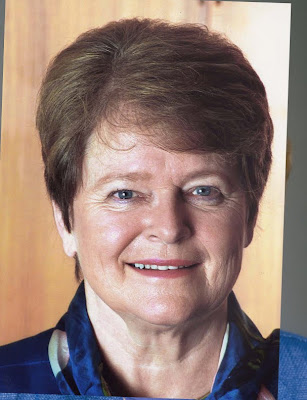 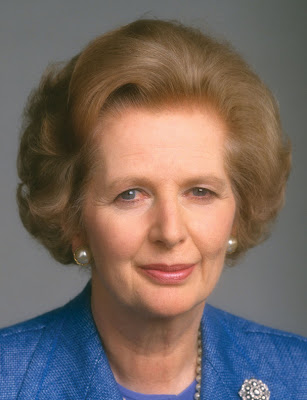 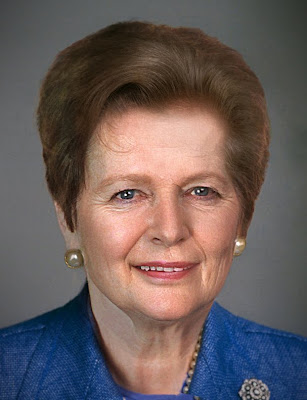 I'm open for suggestions regarding the next Morph-o'-the-Week: Comment here or on my Facebook page.
Be creative, and maybe you'll get your wish. Michael Jackson morphed with Prince? Clint Eastwood morphed with Ashton Kutcher? The possibilities are endless.

I've just made a list (ranked) of all the Marvel Movies I've seen.

Here it is, on MUBI. 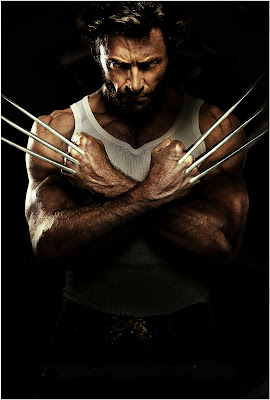 Posted by Marius Vibe at 9:08 AM No comments: 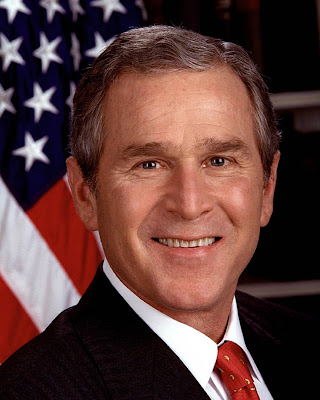 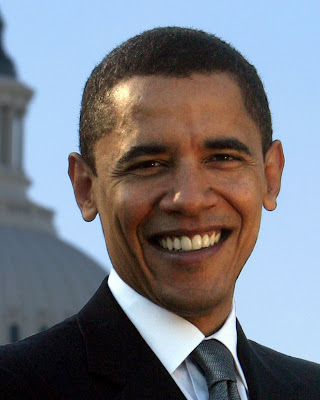 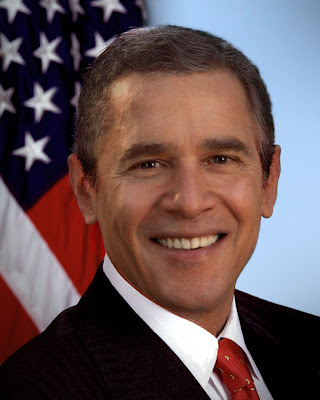 Oooooohhhh! It's very political, isn't it!?
No, it isn't.

I'm open for suggestions regarding the next Morph-o'-the-Week: Comment here or on my Facebook page.
Be creative, and maybe you'll get your wish. Michael Jackson morphed with Prince? Clint Eastwood morphed with Ashton Kutcher? The possibilities are endless.
Posted by Marius Vibe at 4:48 AM 2 comments: 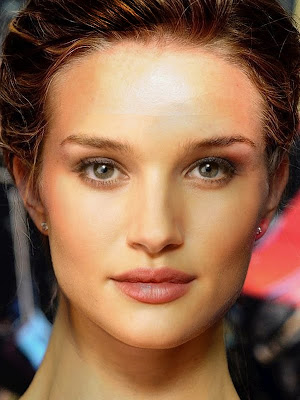 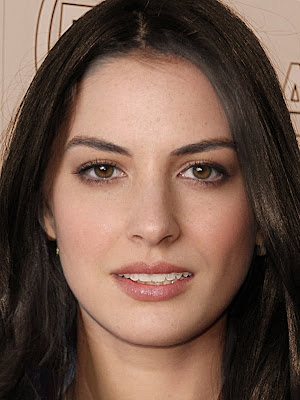 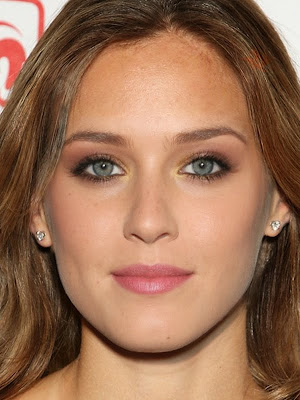 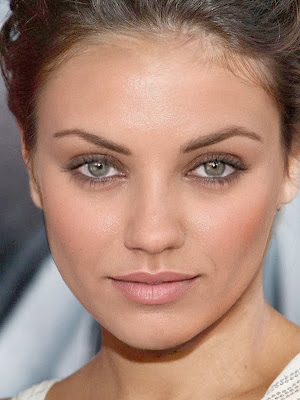 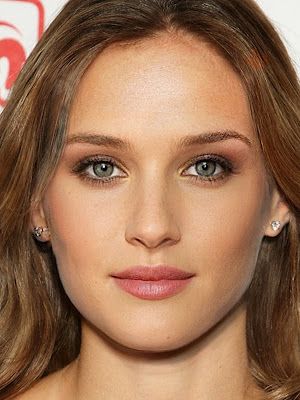 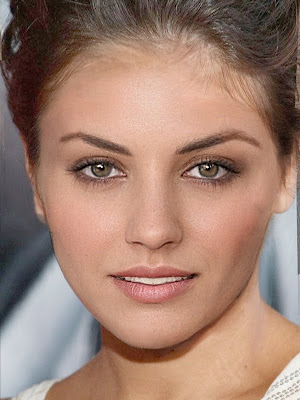 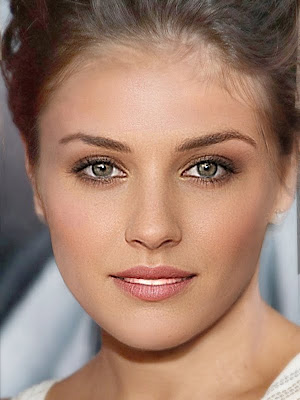 P.S.: The process of morphing faces is still lots of fun, though - so I'll be doing some more of that in the future. "Morph of the Week" or something.
Posted by Marius Vibe at 3:20 AM No comments:

At last - here is part two of the dorky experiment nobody is interested in but me. Rejoice!
As you may or may not remember from pt.I - I combined Rosie Huntington-Whiteley with Natalie Portman... 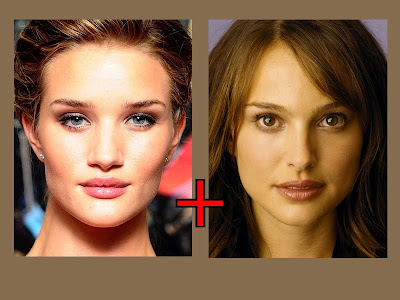 Now I did the same thing with the other six women on Maxim's "Voted World’s Most Beautiful Girl" list and ended up with these four:

[Disclaimer: Some of these manipulated images don't represent my image tweaking skills properly. I've tried to maintain my sanity and reduce work time (and thus quality) a bit, so that this silly project doesn't eat my life for weeks.]

Already, I'm struggling to come up with a deeper purpose to this exercise, but a few interesting thoughts pop up.
* I'm looking at what could've been real-life women, and I wonder: are there four women out there who look exactly like these four?
If so: isn't that creepy? Is there a combination of two people out there for all of us - mix a and b 50/50, and he/she will look exactly like you?
* I'm also noticing that they haven't yet taken a full step into the realm of "unreality" - something I am sure will occur at some point of time. Not by the "first generation", then.
* I think these four hypothetical women can still be considered beautiful, like their "parents". So far, combinations of beauty have produced beauty... something that supports the idea that beauty is all about mathematics and symmetry and such.
(I'm making a mental note that I should try to combine unconventional beauty someday and see what happens. Say, Uma Thurman and... uh... someone similarly unconbeautiful).

So are you intrigued yet? No?
Well, maybe you will be when I launch Part III.
Posted by Marius Vibe at 2:33 PM 3 comments:

Sometimes, when I get an idea, I have to follow through with it - no matter how pointless it may seem.
Yesterday, I started thinking about faces. And beauty. And combinations of faces.
Suddenly, I wondered what would happen if one were to mix faces and create new ones several times, within the framework of beauty - what would happen?
* Would the faces cease to be beautiful?
* Would the faces start to look similar?
* Would the faces actually look like existing persons?
* Would certain patterns of beauty emerge?
These are a few questions I expect to not have answered at all after this exercise is completed.

So - time to be more specific:
As a starting point, I decided to use Maxim's "Voted World’s Most Beautiful Girl" list for 2011 (specifically, because it's just a list, not some annoying pop-up, fancy-pants flash photo gallery). I didn't want to use my own preferences for this experiment, because I wanted at least some faint trace of objectivity to come into play at some point.
What I had in mind, then, was to take the top 8 women and combine them in some sort of... cup system, in lack of a better term.
Something like this: 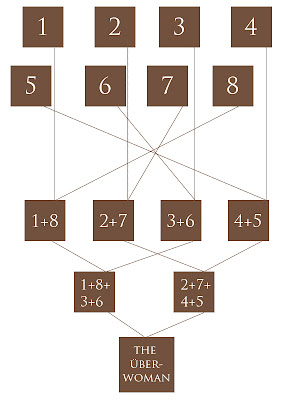 Straightforward enough, I should think.
So here are the eight women: 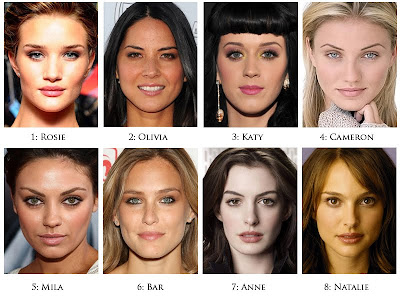 You may recognize some of them - Rosie Huntington-Whiteley, Olivia Munn, Katy Perry, Cameron Diaz, Mila Kunis, Bar Refaeli, Anne Hathaway, and Natalie Portman - and note how I'm on a first-name basis with all of them from now on. Hey - it's my thought experiment, so I do what I please with it.
[note: I immediately start to regret not using picks of my own when I see that this list is almost exclusively comprised of white women. I would like some more variation - but as mentioned, I would also like to use an external list and be "objective". Oh, well...]

Time for the fun part, then - the combos themselves.
I use the easy-to-handle freeware Squirlz Morph to combine the two different faces, and then I polish the results with photo editing software.

First up is the Rosie Huntington-Whiteley/Natalie Portman hybrid, as dictated by fig. 1. So Rosie plus Nat...

Now isn't this fun!?
In part II, I'm going to start off by showing all of the four hybrid women, thus completing "round 1" of this experiment.

Stay tuned for the super-exciting next episode of my creative lunacy!
Posted by Marius Vibe at 2:07 AM 8 comments: